From Spinners to Spoons: Top Pike Lures to Upgrade Your Tackle Box

Widely distributed across the higher latitudes, the northern pike is one of the planet’s most sought-after freshwater sport fishing species. You’ll need these top pike lures to catch northern pike this fall.

The pike is a favorite target species for many serious anglers. These large fish can be found throughout Alaska and Canada, into the upper Midwest of the contiguous United States, and across Europe’s northern reaches.

For those familiar, many of the same tips and strategies that apply to catch large muskies overlap with northern pike fishing. Some of the best northern pike lures will appear similar to those used for targeting their larger cousins.

To increase your odds of netting one of these freshwater monsters, consider adding the following northern pike lures to your tackle box.

While not flashy in appearance, spoons have long been a favorite bait for catching northern pike, and their historic success rate speaks for itself. Essentially a curved piece of metal that looks like the head of — you guessed it — a spoon, this simple lure has helped countless anglers land pike after pike.

The Eppinger Daredevle Spoon is the industry standard for this style, and both the red/white and five-of-diamonds varieties are undeniable favorites. As a heavier pike lure, the Daredevle is easy to cast and retrieve, making them an excellent choice for new anglers. Given their simple design, spoons are often regarded as a good lure to use when targeting weed beds that are often home to monster northerns.

While there is some variability in how you reel it back to the boat, a consistent pace will generally suffice. The variety of sizes and colors available allow anglers to find success in all conditions and effectively target pike of all sizes.

Rapala has been producing high-quality fishing lures since 1936 and has since perfected their craft. The Shad Rap has forever been a favorite bass fishing lure, and the larger equivalent — the Super Shad Rap — has made a name for itself as a northern pike and musky slayer.

The durable construction and hardware of the Super Shad Rap are meant to stand up to violent attacks by larger, aggressive pike. The variety of colors and designs make it a perfect choice for any condition. Anglers enjoy repeatedly casting this lure, but it is also the preeminent choice when trolling for northern pike.

Its lifelike floating design allows anglers to retrieve it as they wish — dropping it to depths of nearly 10 feet, lunging it through the periphery of weed beds, or drawing out monsters by fishing above underwater structure. 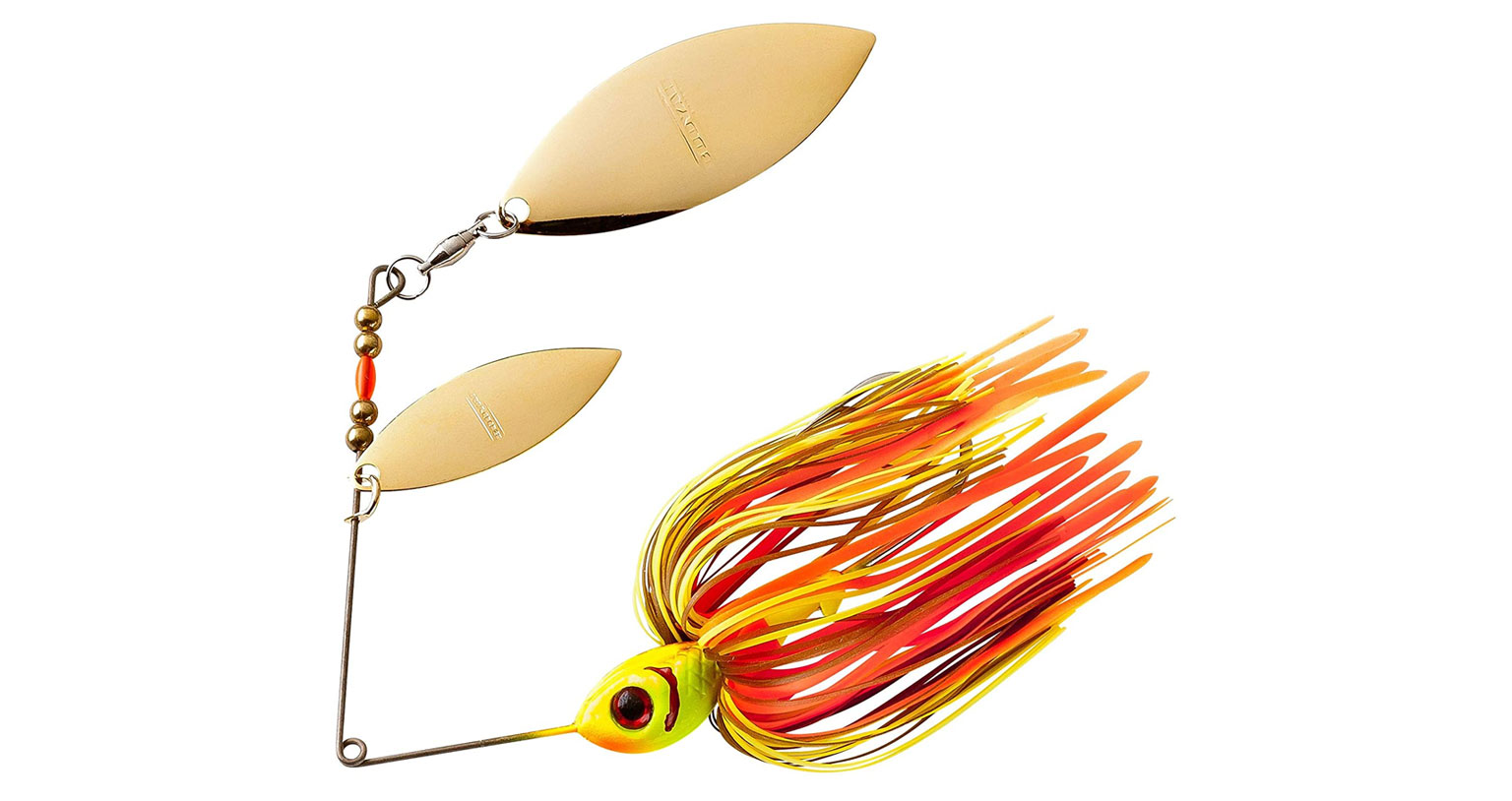 When discussing the best northern pike lures available, every experienced angler is almost guaranteed to mention spinnerbait. Of the ample spinnerbaits on the market, the Booyah Pikee has always been a fan favorite.

The Booyah Pikee has everything you would want in a spinnerbait. Upon retrieval, it puts out an impressive flash and vibration, which inspires even the laziest pike to abscond the cover of a weed bed and inspect a potential meal.

Its intentional design provides increased durability to withstand aggressive attacks. Experienced anglers can fish the Pikee wherever they want by changing up the pace of retrieval. It is just as productive under the surface above structure as it is dancing on the bottom in more open fishing holes.

If you plan to target thick weed beds, as many northern pike anglers do, look no further than the Johnson Silver Minnow Spoon. As mentioned with the Daredevle Spoon above, this lure style is a stalwart for most dedicated pike fisherpeople. The Silver Minnow by Johnson has the bonus of being virtually weedless.

With the hook tucked sleekly behind the spoon itself, the Silver Minnow can effortlessly skirt through the thickest of reeds, lily pads, and underwater weeds. This lure’s natural wobble does a great job mimicking baitfish, with both its flash and vibration. The Silver Minnow comes in many colors and sizes, although the 3/4” option is a favorite. It is just as effective reeling in as jigging, twitching, and swiping off the bottom.

To add even more appeal for the monsters lurking in the weeds, try adding some pork to the hook.

The Mepps Musky Killer Spinner is one of our top lures for musky fishing and just so happens to be an excellent option for northern pike as well. Mepps has long been a go-to source for spinning baits, and the Musky Killer is no exception.

Of all the northern pike lures on our list, the Mepps Musky Killer is arguably the easiest to fish. There is not much variation in how to retrieve it following a cast, yet its natural flash and vibration will do all of the work in attracting fish to your line.

You may be targeting northern pike, but don’t be surprised if the occasional musky finds your Mepps as well. The Musky Killer is a great option for fishing the outskirts of weed beds and structure, but it can get caught up if cast into thick underwater vegetation.

The northern pike is generally an aggressive fish that loves to strike flashy, big lures. It’s an ambush hunter, and you can often find them hiding in weeds or tangles of logs.

But they do also cruise deeper open water or rock ledges, so very little terrain is off-limits when searching for pike. Here are a few tips to find and stimulate the strike.

Fish for Pike Near Weeds and Structure

Northern pike tend to hang around in shallower water than many species, or cruise into bays in the morning and evening. Your best bet to hook a pike is to cast to the edge of weed beds and tangles of downed trees, especially if they drop off into deeper water. Work the edges of these types of structures and try different angles and depths.

Pike are aggressive, so don’t be surprised if your first cast into a tangle of brush elicits a strike. But they can be picky! So make sure to try several casts when working a piece of structure.

You can pick up a pike everywhere from the very surface of the water to the bottom of deep lakes. We’ve even picked them up while trolling downriggers for lake trout at more than 60 feet deep! So it’s important to change up your retrieval speed and depth until you figure out where they are hanging out and what kind of action will entice a strike.

Pike can sometimes be fussy eaters. If you’re getting follows but not strikes, change up your retrieval speed dramatically during a cast. Start reeling fast, then stop completely for a second before retrieving more slowly. Speed up again. Vary it and make it random. Throw in a few jigs with your rod tip. Usually, once you figure out what the pike want, you can replicate it and get consistent strikes.

Use a Leader and Pliers

Once you look into the mouth of a northern pike, you will never want to put your hand there. They have some big, sharp teeth! Because of this, you should fish with a wire leader for pike. Otherwise, you can expect to get your line bitten off frequently.

You also need to have pliers — and probably a net — handy at the boat. Pike can thrash wildly once boated, so it’s best to net them and keep them in the water, especially if you plan to release them. Use pliers to remove the hook; you don’t want your hand inside that mouth! Once unhooked, give the pike a few moments to recover before shoving it away from the boat, should you be releasing it.

Northern pike is an explosive, fun fish to catch and pretty good table fare if you clean them properly. Good luck on the water and tight lines!

The post From Spinners to Spoons: Top Pike Lures to Upgrade Your Tackle Box appeared first on GearJunkie.